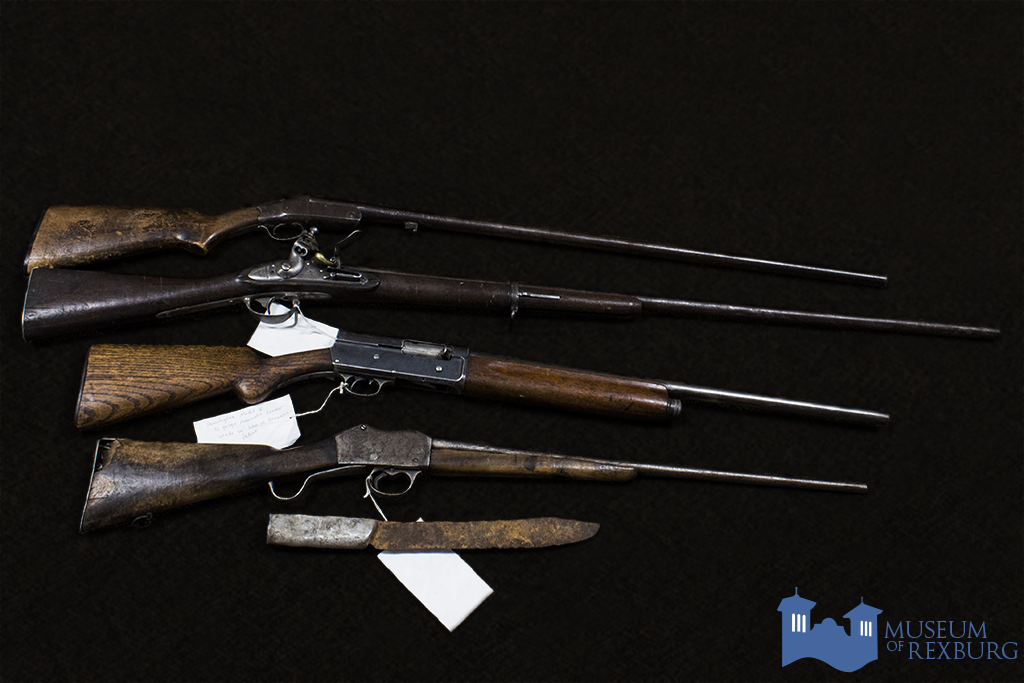 The Museum of Rexburg also has a nice collection of guns that aren’t usually on display. We don’t have any history on the gun at the top, but the next one down is a Harper’s Ferry Rifle 70 caliber from about 1827. The third gun is a 12 gauge automatic loader Remington Model II and was patented by John M. Browning around the turn of the century to the 1900s. The next gun is a single shot 16 gauge bolt action rifle donated by Harold Hill.