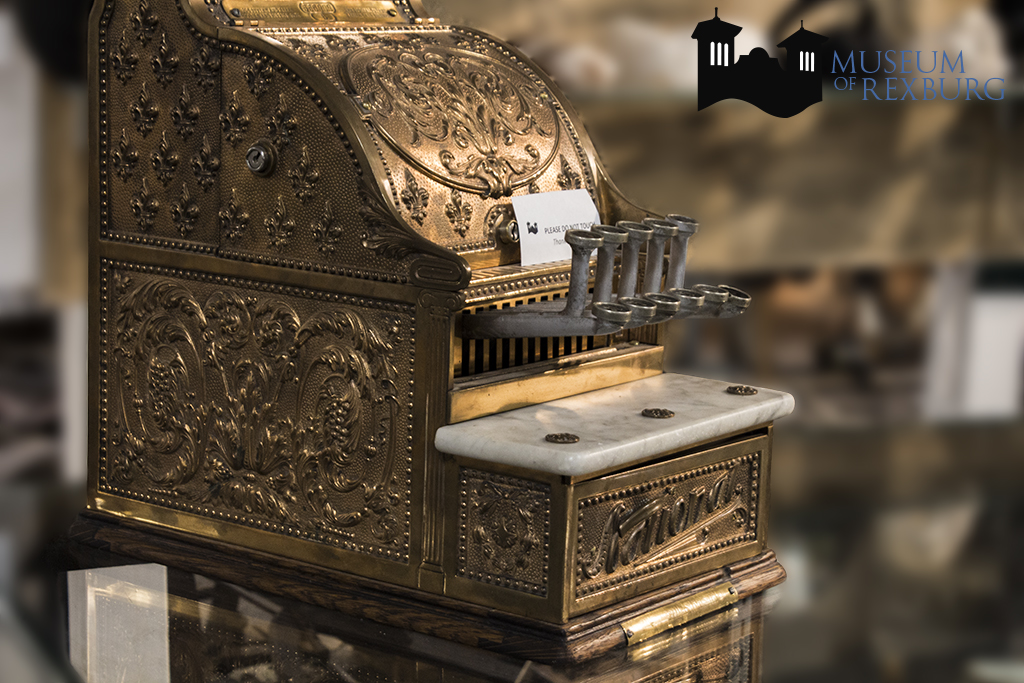 At first glance, this object looks like an old fashioned type writer, but it is actually a cash register. It has intricate designs on its sides and on the screws.

According to Lovetoknow.com, this is actually pretty common for early cash registers. Brothers James and John Ritty invented them in 1879 to stop dishonest employees from taking money from the cash drawer. They developed a couple of models with their “Incorruptible Cashier” model being most efficient.

John H. Patterson bought the patents to both models in 1884 and started adding his own features such as a roll of paper to record sales. He also made them visually appealing to his buyers, adding features like brass, bronze, or even gold plating and intricate details to the registers.

This cash register belonged to one of the business in Rexburg in 1909, but we don’t know which one yet.